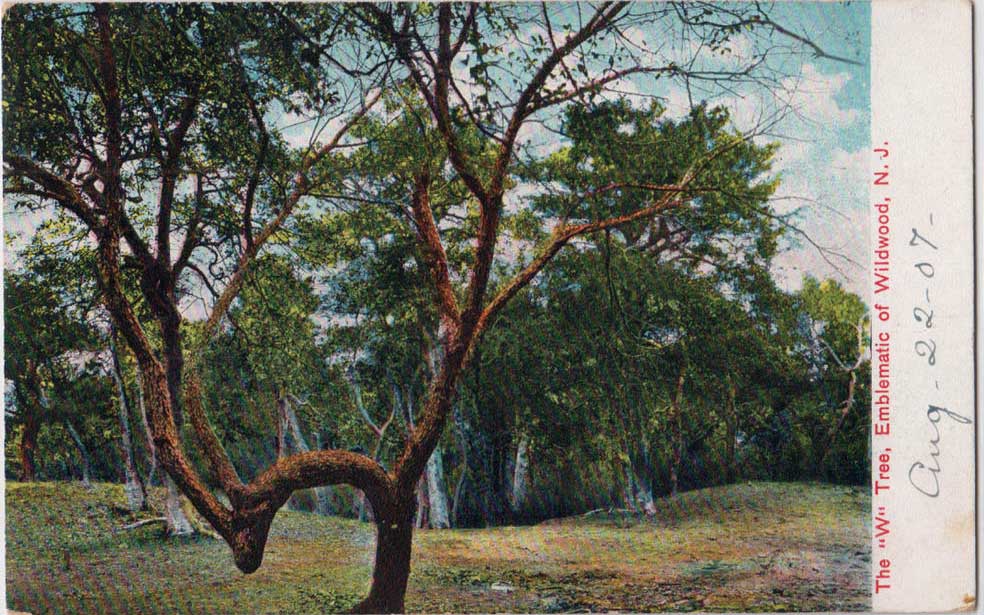 The oddly twisted piece of timber is the only existing remnant of Wildwood’s famous “W” Tree, ages older than the city itself and symbolic of the primeval forest which inspired the resort’s name. Our tree, an American Holly of magnificent beauty, was growing between what is now Pine and Wildwood Aves., {where the Wawa is today. } The island then was a wild stretch of sand dunes blanketed by a dense vine-tangled jungle in which strangely formed hollies abounded.
Early settlers gave the hollies names, the most famous being the “W” tree, so named because as a sapling, its limbs had been lashed by the savage winds of Atlantic storms into an almost perfect W.
For years the tree grew undisturbed, occupying a warm spot in the hearts of Wildwood residents and visitors. On a sunny August day in 1890, President Benjamin Harrison, while visiting Wildwood, insisted his photograph be taken by the tree.
For many years the area surrounding it was maintained as Magnolia Park, with the “W” tree as its feature attraction. When eventual development forced removal of the tree, it was placed in front of the Baker Bros. Office. Later it found its way to City Hall, and when the boroughs of Holly Beach and Wildwood were consolidated in 1912, a picture of it was incorporated into the city seal. The Wildwood Historical Society moved this remnant of the venerable tree from City Hall to the Museum in April 1990 where it is on permanent display. Stop by the museum to see it! 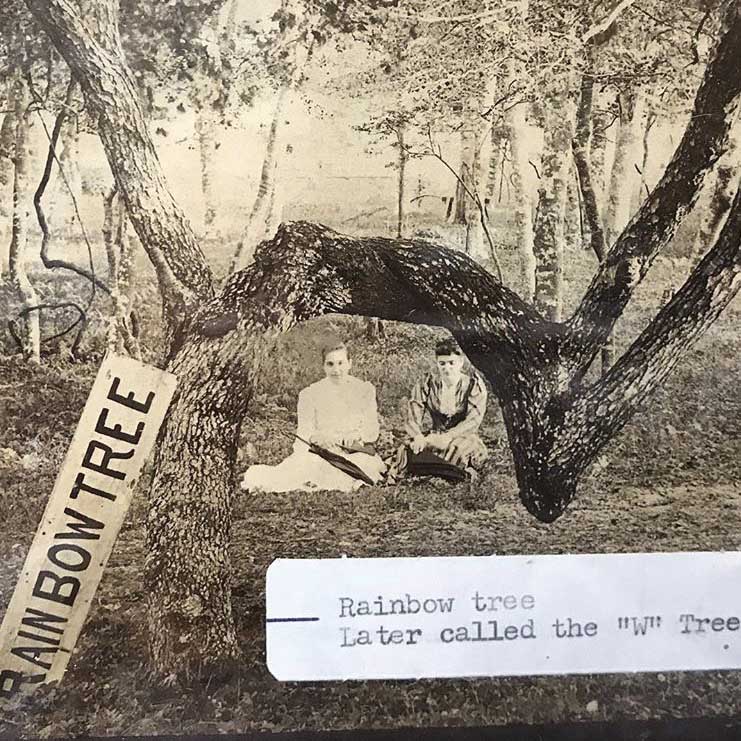 You learn something new every day… especially at the Wildwood Historic Museum! {and a very good reason to visit!} Who knew that The “W” Tree was originally known as the Rainbow Tree? 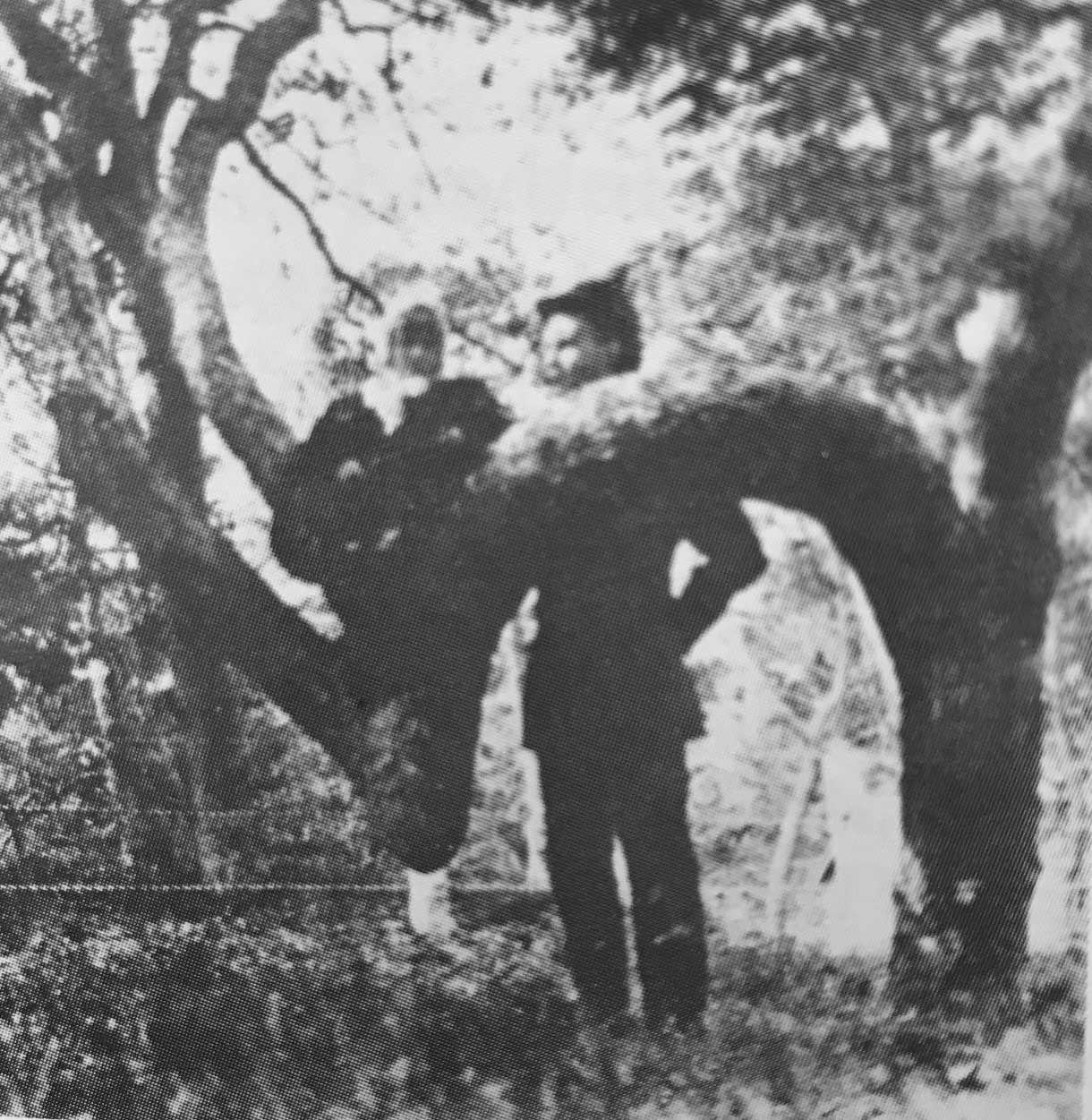 Five-year-old Norman W. Ryan, is shown sitting in the tree as his father, R.W. Ryan looks on in 1897. The child was the first boy to be born in Wildwood. In honor of the occasion they gave him the middle name of Wildwood. ~“Wildwood Middle of The Island”, historian George F. Boyer