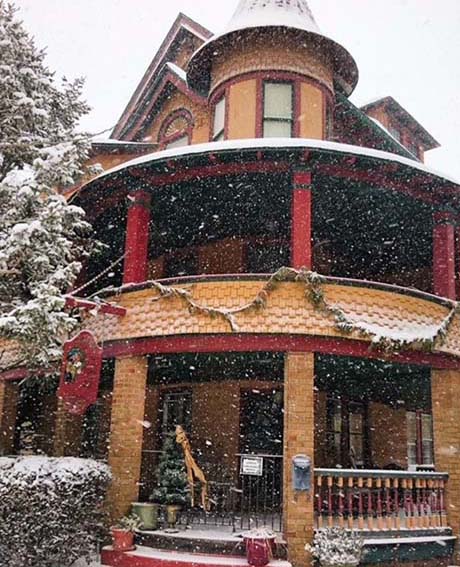 photo by Anastasia
story by Cathy Tchorni
On a rare sunny Spring day between two nor-easters, I met with Todd Keininger, co-owner and proprietor of The Sea Gypsy. Todd, a mechanical and electrical engineer, and his wife, Natalie, an art teacher at the Dennis Township School, and artist (and I would add, design genius) transformed a pedestrian rooming house at 209 East Magnolia Avenue into a vision of Victorian loveliness, both formal and comfortable.
The title, The Sea Gypsy, is the name of a poem written by American poet, Richard Hovey, who died at the age of 35 in 1900, a poem that conveys the restlessness of a man drawn to the sea.
For sailors and landlubbers who wish for the rhythmic waves of the ocean, The Sea Gypsy offers rooms, suites and a carriage house, welcoming and soothing. Just like the name, the rooms are associated mostly with poets.

The Sea Gypsy was built circa 1902 as an inn called “Oak Rene”. A subsequent owner, Prosper Webb, a plumber, raised the house in the 1930s and added a bottom floor with its own beautiful corner entrance. The apartment now houses the innkeepers.

Todd and Natalie Kienenger, true “Old House Heroes,” have mastered the art of salvaging old houses, and the rich Wildwood history that resides there, while restoring these memory keepers for future generations. They proudly closed on The Sea Gypsy in May 1995. As fate would have it, when they came home from settlement, a couple was waiting outside to rent a room at the old rooming house… a fortuitous sign indeed!
Gradually, room by room, floors were stripped, then stained, walls and doors were moved to provide bigger, lighter rooms, some with intriguing doorways into other living spaces. The Bed and Breakfast offers everything from a bedroom and a bath, to suites that include light cooking facilities. The carriage house is a stand-alone rental, ideal for a honeymooning couple.
As the Kienengers completed the renovations in 2003, they noticed that properties were being bought around them, torn down and replaced with condos. They had their eye on a two-story Arts and Crafts Style house directly behind theirs, which fronted on Poplar Avenue. It had been condemned after pipes had frozen and burst, destroying the inside. This renovation took them two years because of the extreme deterioration of the building. However, it was another sign of good things to come when the first guests to be hosted was an autumn wedding party.
In 2014, the couple purchased a carriage house across the street on Poplar, completing the trio of properties. All are bound together by the distinctive outside rust, honey and forest green color scheme, plus a soft blue on the Poplar properties.
The Sea Gypsy is open year around and also rents to families with young children, happily passing on the endless stories it holds from generation to generation.
Now, as we get ready to celebrate another seaside holiday, we salute the Old House Heroes among us, those who have gone above and beyond to preserve our Wildwood history, a priceless gift meant to be shared right here
by the sea…

The Sea Gypsy
by Richard Hovey

I am fevered with the sunset,
I am fretful with the bay,
For the wander-thirst is on me
And my soul is in Cathay*.

There’s a schooner in the offing,
With her topsails shot with fire,
And my heart has gone aboard her
For the Islands of Desire.

I must forth again to-morrow!
With the sunset I must be
Hull down on the trail of rapture
In the wonder of the sea. 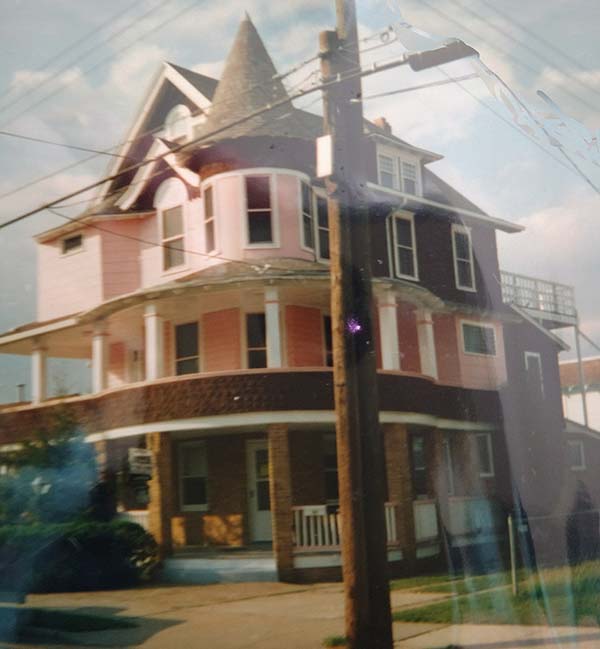 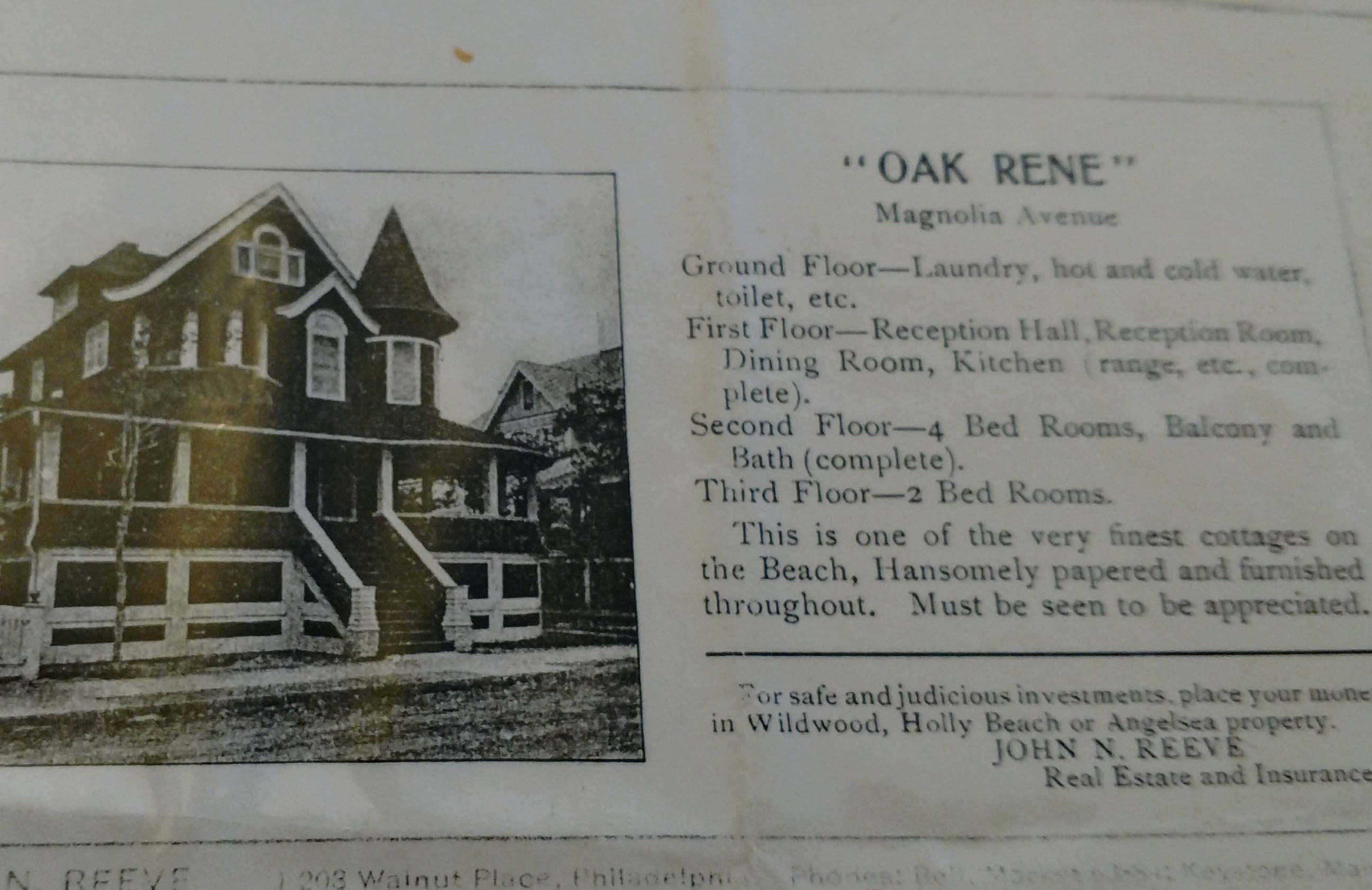