In today’s world of impersonal service by atms, computers, vending machines and self-checkouts, we value the friendly, personal service we do receive; perhaps from the pharmacy, bank or grocery store. Even more, we value the memories of how things used to be different- how everyone knew each other, and you called all of your neighbors by name.
Taylor’s market in Wildwood Crest is one of those beautiful memories of a family owned and run business.
Today: if you drive down New Jersey Avenue into the Crest, you will notice the road widening by Aster Avenue. There are several businesses on this stretch of wider road that holds a row of parking space in front of them. One of these stores is a brick fronted building that is currently Marcella’s Gelateria.
1940’s: This same brick fronted building was Taylor’s Market and the wide road housed a train station instead of spare parking. This was how it looked when Eugene Taylor purchased it from a Mr. Bundschu, who originally intended it to belong to one of his two sons. One son chose a different piece of property, and the remaining son it would have passed to died fighting WW2 in Europe.
So Eugene Taylor was able to purchase the building in the mid 1940’s, and turned it into Taylor’s market. Eugene worked at the Wildwood Crest Police Department, but was also a butcher. He had two sons who both worked with him after attending Wildwood High, Eugene “Scoop” and Jack.
Later Jack Taylor would join the army and get stationed in Fort Dix as a butcher, and then come home and take over the family business. He had three daughters who would also work at Taylor’s Market with him, and today his daughter Joan Taylor Maurer keeps Taylor’s alive with her memories.
The outside of the building looks mostly the same as it does today, wide windows and a neat brick front. The walls of the building are made of cinder blocks, a term we are all familiar with. However, we actually know where the cinders for these blocks came from- the ashes of the coal from the adjacent Wildwood Crest train station. The inside of the store has been remodeled, since the original back of the store had a meat room with a slatted wood floor, letting the 3 kegs (900 pounds total) of block ice drain and keep the meat cool.
In the 1960’s, Jack bought the business from his father Eugene. He and his wife Mona, as well as their daughters Linda, Janice and Joan would run the store. The three sisters worked “as soon as they were tall enough to look over the counter!”
In addition to being a meat market and making sandwiches, the store had vegetables, fruits and groceries. Locals would shop there, as well as all of the men taking the train to work in Philadelphia, and of course many of the visitors in the summer. Taylor’s also delivered groceries by bike and truck to local houses, businesses, Wildwood schools and fishing boats.
“It was kind of like the Wawa of the time, “ Joan explained. “It wasn’t like when you go into a store now. There were stools in front of the meat lock and my dad called it the confessional. People would come in, sit and chat and tell him things they would never tell anyone else. And when they wanted meat he would bring the whole piece out and let them pick what they wanted. As he would cut off the piece they wanted, the men would have their coffee and they would just talk.”
They cooked their own roast beef and roast pork, which sold well because as soon as you walked in and smelled it cooking you wanted to buy some! Taylor’s was also famous for potato salad, made by Eugene’s wife Lillian and later perfected by Sandy Lipesky.
In addition to many family members working there, other long time employees were Jake Tillison Sr and Bill Hickey. Later the store was run by Dave Westog and after him by Sandy and Andy Lipesky.
Joan has many fond memories of working there and the people she knew. She remembers, the store would open at 7:30 am and sometimes a young local boy would come in, still in his pajamas. “…he would say his mom was sleeping and there was no food in the house and my father would send him home with a gallon of milk and a box of cereal. Sometimes he got paid and sometimes he didn’t. There were no food stamps back then but everyone helped each other out.”
Another favorite memory was of a woman who wore such strong perfume that after she left everyone knew she had been there and exactly which shopping cart she used!
Without a doubt, the people we know make the businesses what they are. A familiar face and kind word everyday is what makes you want to return. Taylor’s market served us island folk from the mid 1940s until the mid 1990’s, and as they remember their customers, so we will remember their service. 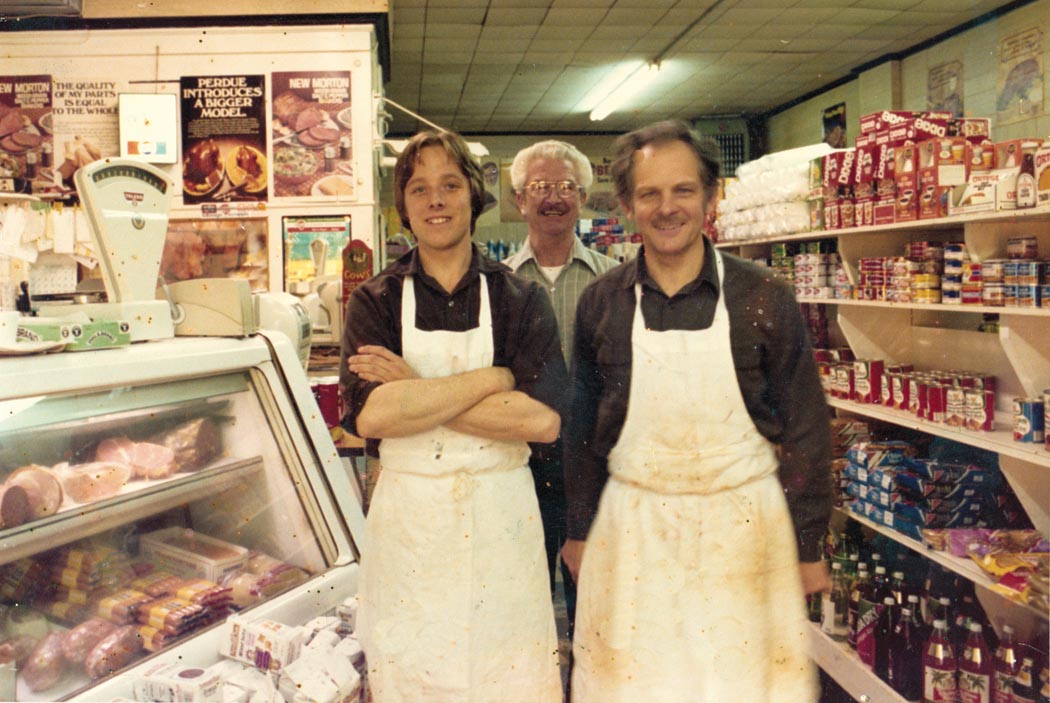 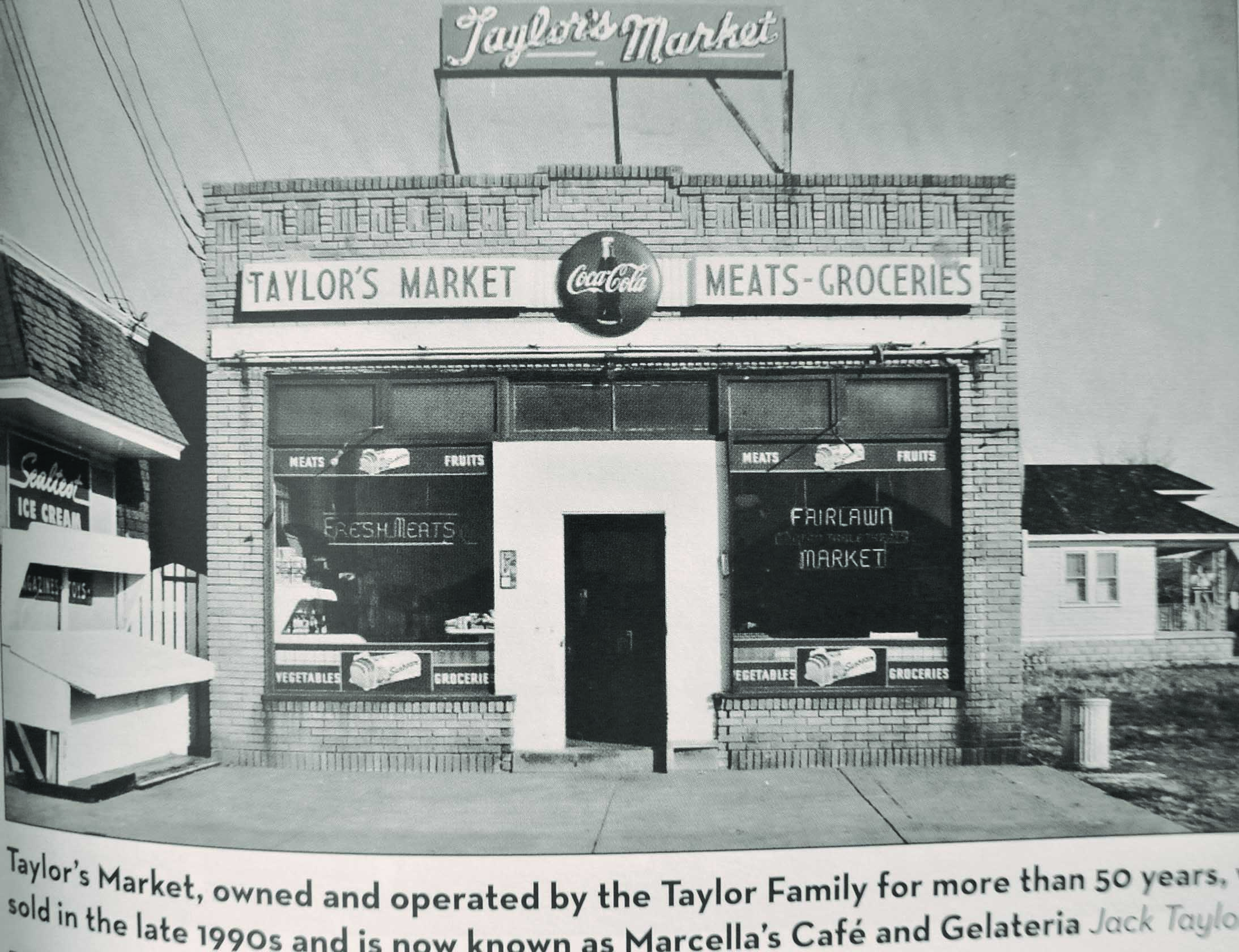 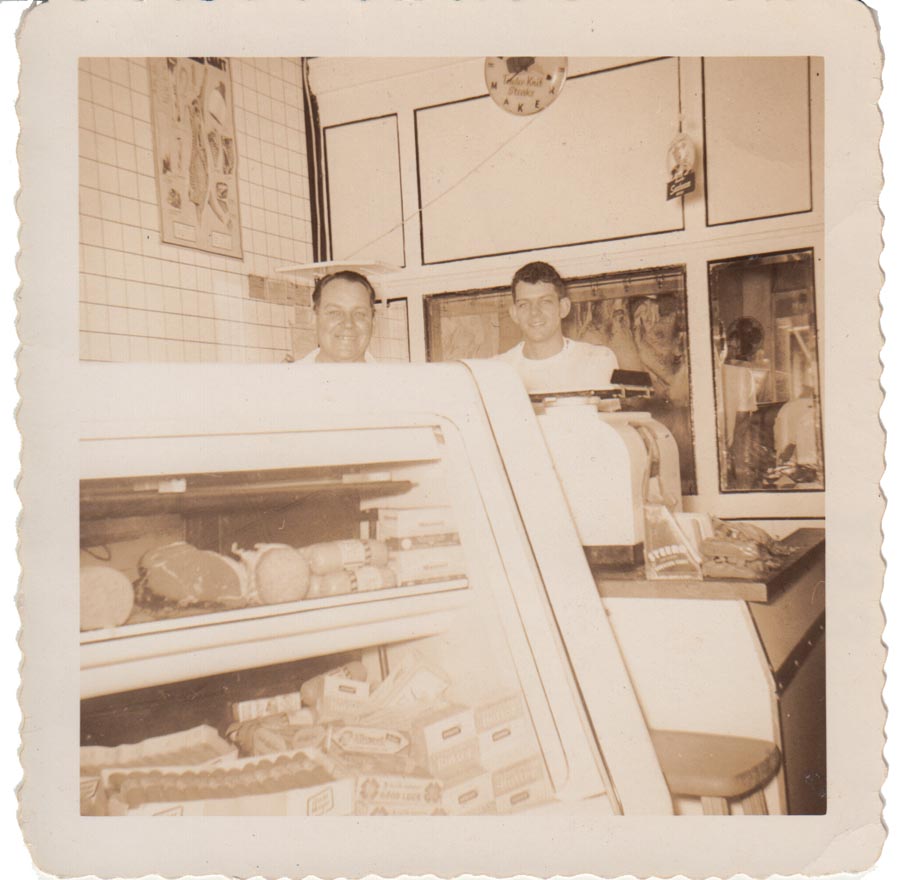 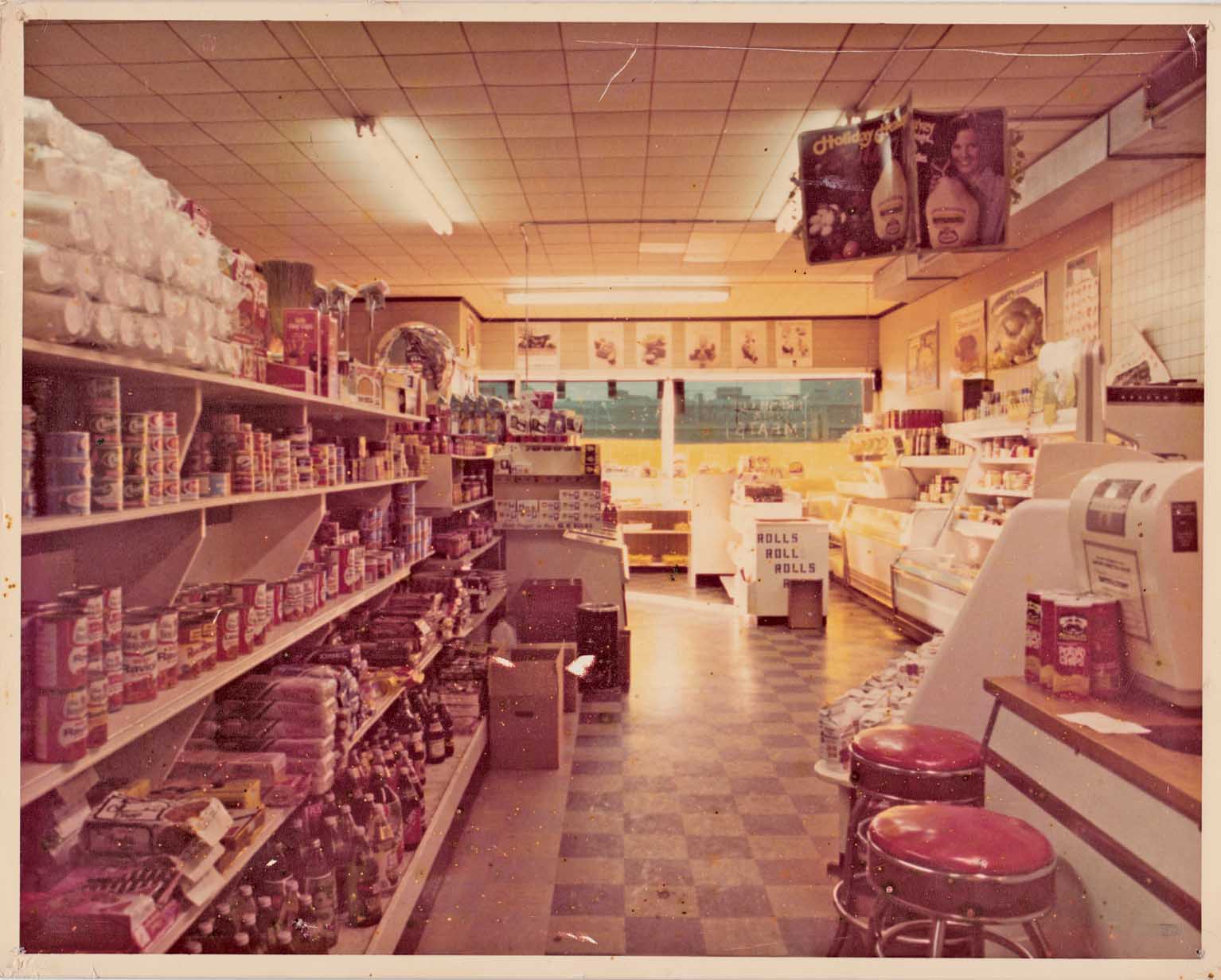