Inconspicuous Attractions on the Wildwood Boardwalk 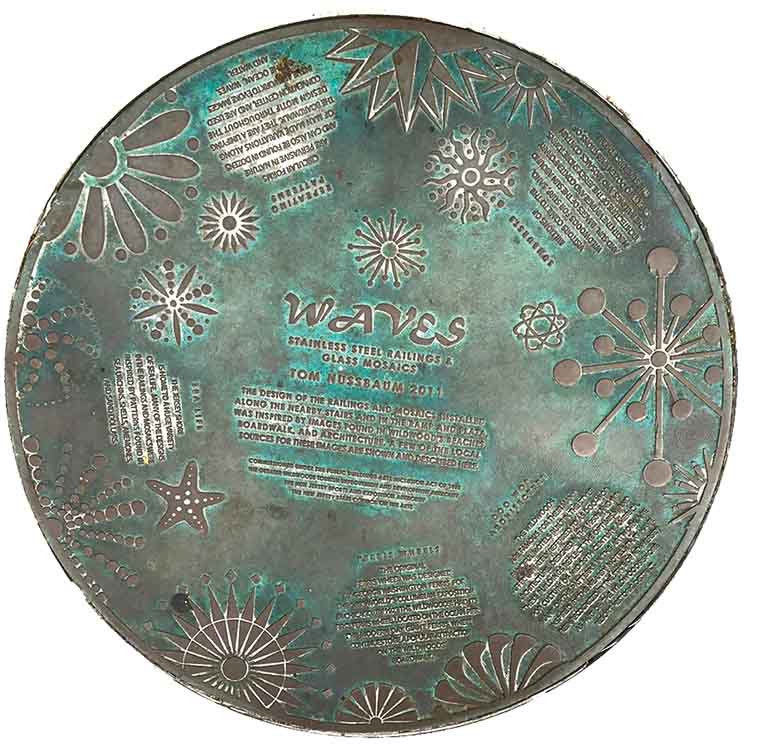 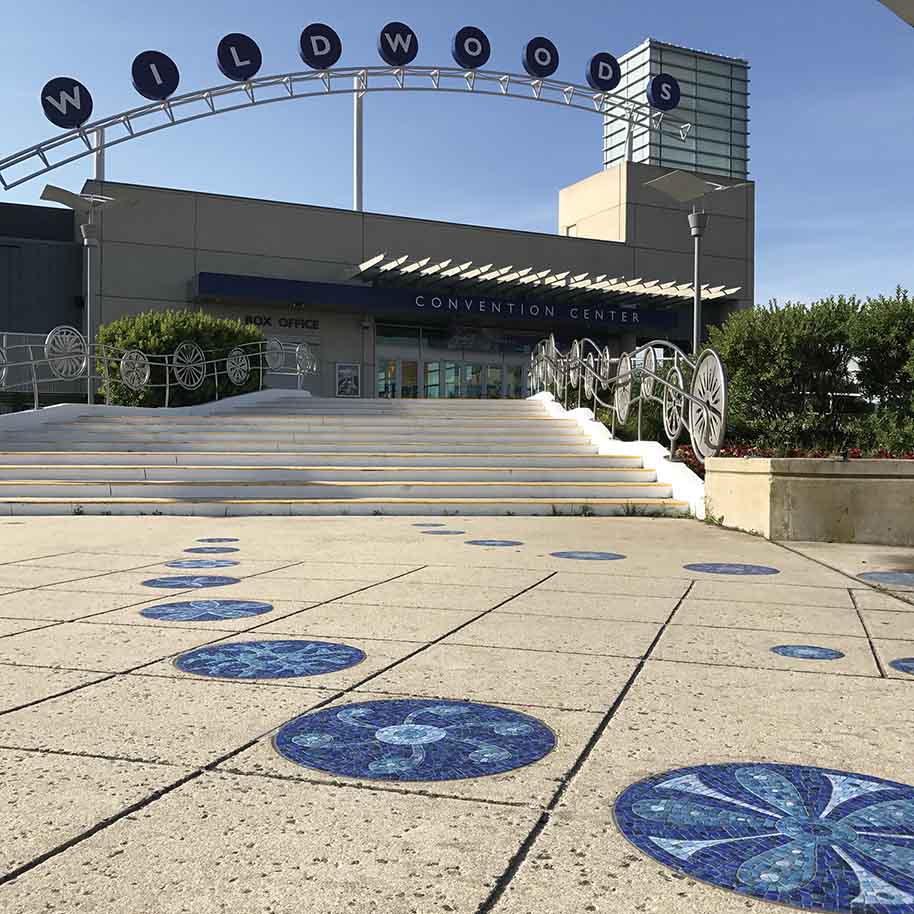 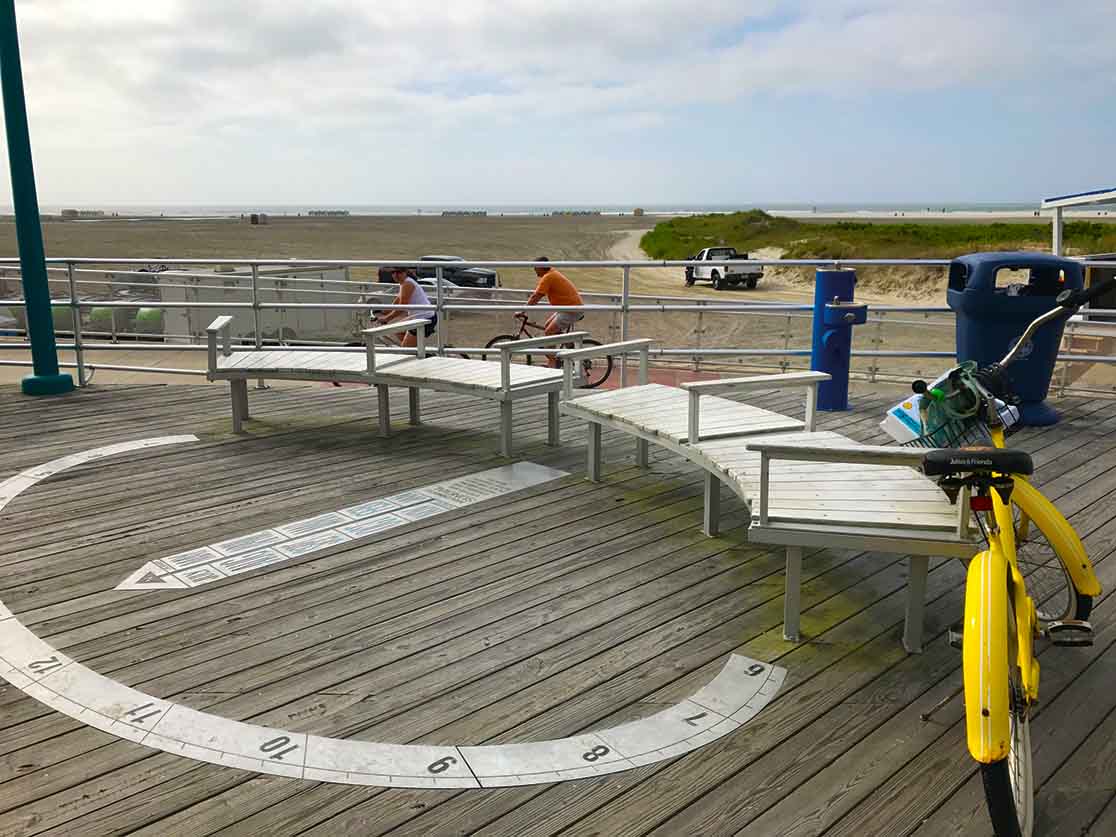 by Dorothy Kulisek
In the midst of a perfect Wildwood day, have you ever stopped to notice some of the wonderfully creative details that abound on this special island? I mean, really take it all in? Have you noticed that incredible sundial at the southern end of the boards? How about the copper plate located by the steps in front of the Convention Center, with its handmade mosaics and artistic railings? In our seaside town, bike riding makes for the best form of transportation…for taking it all in…so much of life goes by in a blur…This summer, why not slow down and enjoy the view?
These are the words written on the plate pictured on the left. . . Stainless steel railings & glass mosaics were designed by Tom Nussbaum in 2011. The design of the railings and mosaics installed along the stairs and ramp and Plaza [in front of the Wildwoods Convention Center] was inspired by images found in the Wildwoods beaches, boardwalk, and architecture. A few of the local sources for these images are shown and described here.
Commissioned under the public buildings and inclusion act of 1978. The Greater Wildwoods Tourism Improvement and Development Authority, the New Jersey Sports and Exposition Authority, the New Jersey State Council of the Arts.

FERRIS WHEEL
The original Ferris Wheel was designed by George Washington Ferris for the 1893 World Colombian Exposition in Chicago. By 1923 the Wildwoods has its first Ferris Wheel located on Ocean Pier. The modern day Giant Ferris Wheel continues to be a popular attraction on the Wildwoods Boardwalk.

SUNBURSTS
Millions of visitors come to the Wildwoods for Surf, Sand and Sun. Images of the Sun abound in both vintage and contemporary architecture of the Jersey Shore towns. The railings and mosaics contain over two dozen variations of the Sunburst theme. [Slow down to notice the next time you’re riding your bicycle by the Convention Center]

REPEATING PATTERNS
Circular forms are pervasive in nature and can also be found in thousands of man-made variations along the boardwalk. They are a unifying design motif throughout the convention center and are used in the artwork to evoke images of the ocean, waves, and water.

DOO WOP ARCHITECTURE
The Wildwoods are famous for their many fanciful motels built in the style affectionately referred to as Doo-Wop architecture. Designed in the 1950s and 60s these buildings reflect the optimism and pop culture of mid 20th century America. Many of the patterns in the artwork here are inspired by the nearby hotels that have been recognized in the state of New Jersey as part of the Wildwoods Shore Resort Historic District

SEA LIFE
The Jersey Shore is home to a huge variety of sea life. Many of the designs in the railings and mosaics were inspired by patterns found in Sea Urchins, Shells, Anemones and Sand Dollars.